Game and console maker Atari is coming out with 11 new games for Lynx, which sounds cool, until you realize that the Lynx is 30 years old!

Atari already made waves with news that they are debuting the VCS any day now, so when they said 11 new games are coming, I just thought they meant for the VCS, which by the way, sounds like an awesome modern name for Atari, it’s like VCR just with one letter higher! Totally 21st centch!

But these 11 new games were actually to celebrate the 30th anniversary of thei Lynx system, which is so amazing that I and most others never heard of it. That’s because it debuted around the same time as Gameboy. And we all heard of that. And are more cultured with the knowledge of Russian song Korobeiniki because of it.

So, happy birthday Lynx. Here’s to another 30!

The original article: Atari’s Lynx to get new games 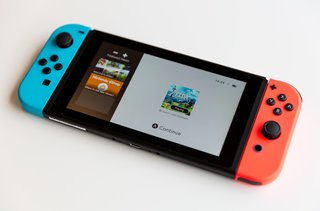